As Wall Street fixated on the yield curve’s inversion over the past few weeks, large investors started a sinister trend of their own.

Institutional investors — including managers at pension funds and insurance companies — piled on long positions in S&P 500 futures from late-June through mid-July, data from the Commodity Futures Trading Commission show. This occurred as stocks marched to all-time highs in anticipation of the Federal Reserve’s interest-rate cut on July 31.

Investors’ bullish bets were so vigorous that they seemed "euphoric" to Lori Calvasina, the head of US equity strategy at RBC Capital Markets. It was so notable that she says the chart showing the spike in net-long futures positions proverbially keeps her team up at night.

The chart below clearly shows why she’s concerned: net-long positions in stock futures peaked at a level consistent with the tops reached right around the pre-financial-crisis high, and before the sell-offs in January and September last year.

"Every time this gauge of positioning has hit the levels seen this past July, serious damage to the S&P 500 has followed," Calvasina said in a recent note to clients. She added, "We won’t be sleeping well anytime soon, based on what we saw, given our worry that downside beyond even 2,725 may be needed to full resolve this crowding problem."

Investors have pared some of their bullish bets over the past two weeks, given the flare-up of recession fears and the marketwide flight to bonds that inverted the yield curve. A further unwinding that tanks the S&P 500 to 2,725 would represent a 10% drawdown from its all-time high, for starters.

Besides the reversal of investor sentiment, Calvasina identified earnings growth as a risk to the market.

The news last week that President Donald Trump delayed the latest tariffs on Chinese imports until December was welcomed on Wall Street, as it eased concerns over third- and fourth-quarter earnings. But according to Calvasina, the news did little to improve the outlook for 2020 earnings.

Read more: The dreaded yield-curve inversion has created the perfect opportunity to profit from a group of stocks that Goldman Sachs says the market is ignoring

One part of the market that could suffer to a lesser extent is the small-cap universe. That’s because the trade war has led investors to be far less bullish on the domestically oriented cohort, according to Calvasina.

"Despite our concerns about further near-term weakness in the broader US market, we are keeping a neutral stance on small cap relative to large cap on a 6-12 month view," Calvasina said.

She added, "Even though small caps have lagged large caps a bit in August, we don’t believe that an underweight in small cap makes sense going forward."

SEE ALSO: ‘We are worried’: Bank of America lays out the latest warning signs that a recession is approaching — and explains why the next crisis will be a lot harder to fight 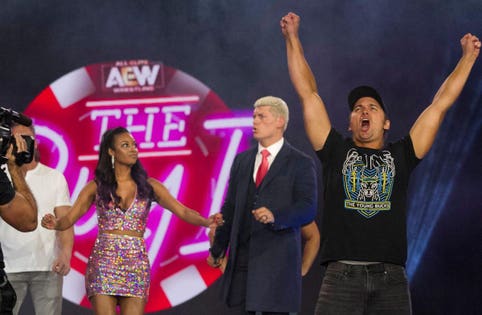 Apple TV+ is ‘no substitute’ for Netflix and its stockpile of original programming, Bank of America says (AAPL, NFLX) How to turn a PS4 on or off, or put it into Rest Mode, using the controller or system