The Milky Way could be teeming with interstellar alien civilizations, according to a new study. We just don’t know about it because they haven’t paid us a visit in 10 million years.

The study, published last month in The Astronomical Journal, posits that intelligent extraterrestrial life could be taking its time to explore the galaxy, harnessing star systems’ movement to make star-hopping easier.

The work is a new response to a question known as the Fermi Paradox, which asks why we haven’t detected signs of extraterrestrial intelligence.

The paradox was first posed by physicist Enrico Fermi, who famously asked: "Where is everybody?" Fermi was questioning the feasibility of travel between stars, but since then, his query has come to represent doubts about the very existence of extraterrestrials. Astrophysicist Michael Hart explored the question formally when he argued in a 1975 paper that there has been plenty of time for intelligent life to colonize the Milky Way in the 13.6 billion years since the galaxy first formed, yet we’ve heard nothing from them. Hart concluded that there must be no other advanced civilizations in our galaxy.

The new study offers a different perspective on the question: Maybe aliens are just taking their time and being strategic, the authors suggest.

"If you don’t account for motion of stars when you try to solve this problem, you’re basically left with one of two solutions," Jonathan Carroll-Nellenback, a computational scientist and the study’s lead author, told Business Insider. "Either nobody leaves their planet, or we are in fact the only technological civilization in the galaxy."

Stars (and the planets around them) orbit the center of the galaxy on different paths at different speeds. As they do, they occasionally pass each other, Carroll-Nellenback pointed out. So aliens could be waiting for their next destination to come closer to them, his study says.

In that case, civilizations would take longer to spread across the stars than Hart estimated. So they may not have reached us yet ⁠— or maybe they did, long before humans evolved.

A new idea about interstellar travel Researchers have sought to answer the Fermi Paradox in a number of ways — studies have investigated the possibility that all alien life forms in oceans below a planet’s surface, and posited that civilizations may get undone by their unsustainability before accomplishing any interstellar travel. There’s also the "zoo hypothesis," which imagines that Milky Way societies have decided not to contact us for the same reasons that we have nature preserves or maintain protections for some uncontacted indigenous peoples.

But the authors of the newest study point out that previous research hasn’t accounted for a crucial fact of our galaxy: It moves. Just as planets orbit stars, star systems orbit the galactic center. Our solar system, for example, orbits the galaxy every 230 million years.

If civilizations arise in star systems far away from the others (like our own, which is in the backwaters of the galaxy), they could make the trip shorter by waiting until their orbital path brings them closer to a habitable star system, the study says. Then once settled in that new system, the aliens could wait again for an optimal travel distance to make another hop, and so on. In this scenario, aliens aren’t jet-setting across the galaxy. They’re just waiting long enough for their star to get close to another star with a habitable planet.

"If long enough is a billion years, well then that’s one solution to the Fermi paradox," Carroll-Nellenback said. "Habitable worlds are so rare that you have to wait longer than any civilization is expected to last before another one comes in range."

The Milky Way could be full of settled star systems

To explore the scenarios in which aliens could exist, the researchers used numerical models to simulate a civilization’s spread across the galaxy. They factored in a variety of possibilities for a hypothetical civilization’s proximity to new star systems, the range and speed of its interstellar probes, and the launch rate of those probes. The research team did not attempt to guess at aliens’ motivations or politics — a tendency that some astronomers view as a pitfall in other Fermi Paradox solutions.

"We tried to come up with a model that would involve the fewest assumptions about sociology that we could," Carroll-Nellenback said.

Still, part of the problem with modeling the galactic spread of alien civilizations is that we’re only working with one data point: ourselves. So all our predictions are based on our own behavior.

But even with this limitation, the researchers found that the Milky Way could be filled with settled star systems that we don’t know about. That still held true when they used conservative estimates of the speed and frequency of aliens’ interstellar travel.

"Every system could be habitable and could be settled, but they wouldn’t visit us because they’re not close enough," Carroll-Nellenback said, though he added that just because that’s possible doesn’t make it likely. So far, we’ve detected about 4,000 planets outside our solar system and none have been shown to host life. But we haven’t looked that hard: There are at least 100 billion stars in the Milky Way, and even more planets. One recent study estimated that up to 10 billion of those planets could be Earth-like.

So the study authors wrote that concluding that none of those planets hold life would be like looking at a pool-sized amount of ocean water and finding no dolphins, then deciding that the entire ocean has no dolphins.

Aliens may have visited Earth in the past

Another key element in debates about alien life is what Hart called "Fact A": There are no interstellar visitors on Earth now, and there is no evidence of past visits.

But that doesn’t mean they were never here, the authors of the new study say. If an alien civilization came to Earth millions of years ago (the Earth is 4.5 billion years old), there might be no remaining signs of their visit, the authors wrote. They pointed to previous research suggesting that we may not be able to detect evidence of past alien visits.

It’s even possible that aliens have passed near Earth since we’ve been here, but decided not to visit. The paper calls this the "Aurora effect," named for Kim Stanley Robinson’s novel "Aurora."

What’s more, aliens might not want to visit a planet that already has life, the authors said. To assume that they would, they added, would be a "naive projection" of a human tendency to equate expansion with conquest.

The study accounted for all of these considerations — the calculations assumed that alien civilizations would only settle a fraction of the habitable worlds they encountered. Still, the researchers said, if there are enough habitable worlds, aliens could easily have spread across the galaxy by now.

There’s still much more to learn

For now, the researchers don’t think we should get discouraged by any perceived silence from the universe.

"It doesn’t mean that we’re alone," Carroll-Nellenback said. "It just means that habitable planets are probably rare and hard to get to."

In the next few years, our ability to detect and observe other potentially habitable planets is expected to improve dramatically as new telescopes get built and launched into space. The Kepler telescope made leaps and bounds in the search for planets that might host life in our galaxy. In Earth’s orbit today, the Hubble Space Telescope and Transiting Exoplanet Survey Satellite (TESS) are continuing the search. NASA is also building the James Webb Space Telescope, which may be able to see as far through space and time as the Big Bang. It’s slated to launch in 2021.

Of course, what would really improve scientists’ ability to estimate the probability that we’re alone in the universe would be more data on the speed or ranges of interstellar probes. A better sense of how long hypothetical alien civilizations last would be useful, too.

"We’re in desperate need of some data points," Carroll-Nellenback said.

NOW WATCH: We sent a signal to make contact with aliens on a distant ‘Super Earth’ — here’s what we said

SEE ALSO: There could be up to 10 billion warm and cozy Earth-like planets in our home galaxy, new research reveals 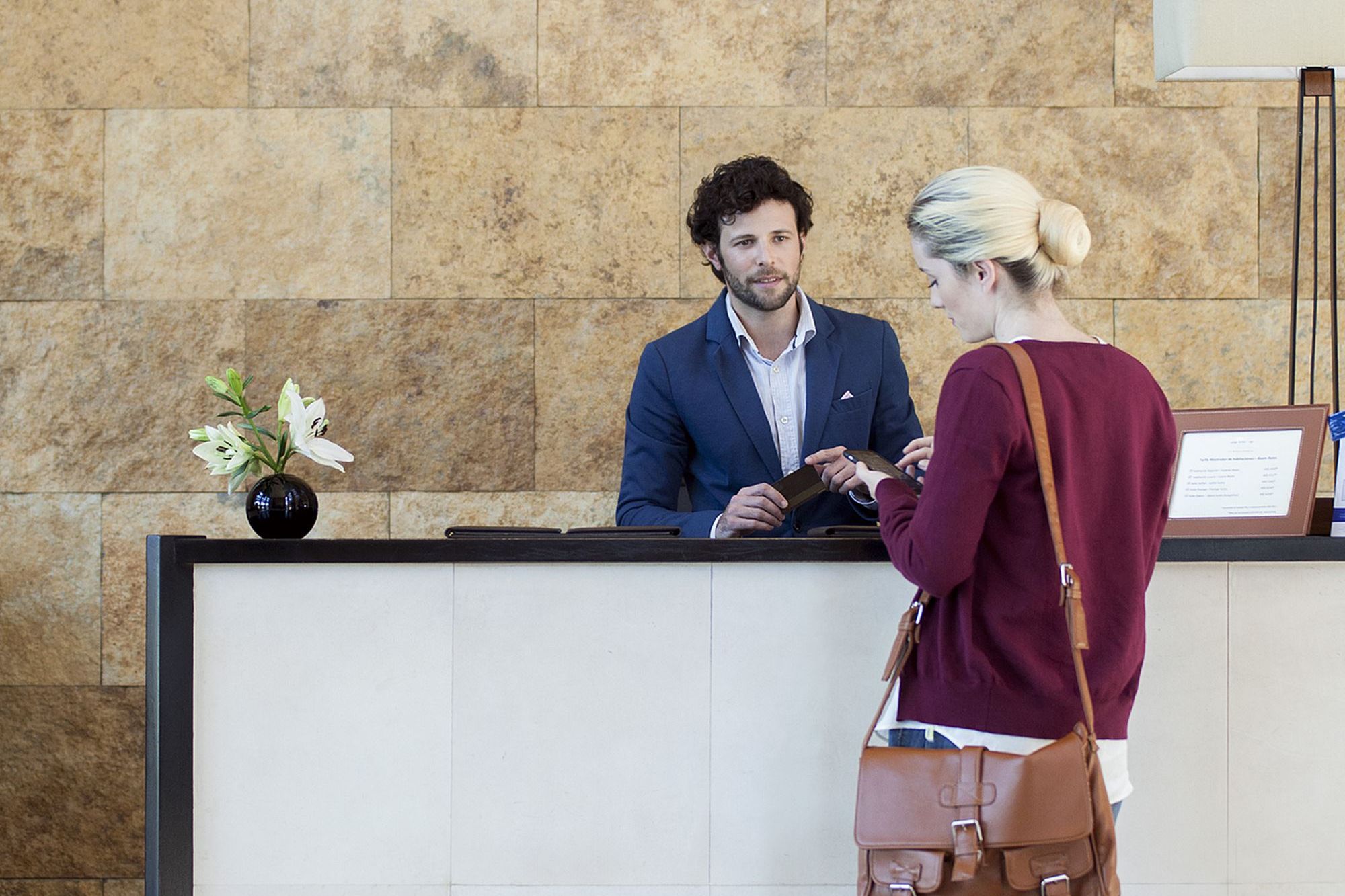