President Donald Trump brought up a debunked conspiracy theory about the Russia investigation during a July 25 phone call with Ukrainian president Volodymyr Zelensky, according to a memo of the call the White House released on Wednesday.

The memo shows that Trump repeatedly pressed Zelensky to discredit the Russia probe and to investigate former Vice President Joe Biden and his son during the conversation. Trump also asked Zelensky to work with his personal lawyer, Rudy Giuliani, and US Attorney General William Barr on the matter.

"I will say that we do a lot for Ukraine," Trump said. "We spend a lot of effort and a lot of time. Much more than the European countries are doing, and they should be helping you more than they are."

Zelensky replied that Trump was "absolutely right" and thanked the US for its "great support in the area of defense."

"We are ready to continue to cooperate for the next steps," Zelensky said. "Specifically, we are almost ready to buy more javelins from the United States for defense purposes."

Trump responded: "I would like you to do us a favor though, because our country has been through a lot and Ukraine knows a lot about it. I would like you to find out what happened with this whole situation with Ukraine, they say CrowdStrike … I guess you have one of your wealthy people … The server, they say Ukraine has it."

"There are a lot of things that went on, the whole situation," Trump said. "I would like to have the Attorney General call you or your people, and I would like you to get to the bottom of it."

Read more: The Trump administration just released the whistleblower complaint to Congress after a fierce tug-of-war

The US president was referring to the cybersecurity firm CrowdStrike, which the Democratic National Committee hired to respond to Russia’s breach of its servers during the 2016 election.

Trump’s reference to "the server" relates to an unfounded conspiracy theory that the DNC hid an incriminating server from the FBI while the bureau was investigating Russia’s hack, and that the server contains information about who was really responsible for the breach.

Contrary to Trump’s claims, the DNC turned over all its data to the FBI after it learned it had been hacked. That information, moreover, wasn’t stored on a single, physical server but rather on a network of computer systems.

The Daily Beast reported that the "server" Trump has repeatedly referenced is actually 140 servers, most of them cloud-based, which the DNC had to decommission in 2016 while it was trying to get rid of the Russian hackers who had infiltrated its network. The organization also swapped out 180 laptop and desktop computers as it tried to revamp its system following the hack.

There’s also a simple explanation for why FBI agents didn’t physically remove the DNC’s hardware and investigate it: the evidence of the Russian hackers’ crimes were contained within the computer systems, and the fingerprints they left were in the computer’s memory and other network transmissions that came to and from the GRU’s servers in Russia.

Following the release of the summary of the phone call, CrowdStrike’s CEO George Kurtz told CNBC that the company is "nonpartisan."

"It was unintelligible, to be honest," Kurtz said of the remarks by the president. "But it was a bit of a shock this morning."

The company also released a statement on Wednesday: "We stand by our findings and conclusions that have been fully supported by the US intelligence community."

Read more: The US’s spy chief reportedly threatened to resign if the White House blocked him from testifying before Congress

Trump’s request to Zelensky shows his continued reluctance to accept the US intelligence community’s finding that the Russian government interfered in the 2016 election to propel him to the Oval Office. Trump and his allies have repeatedly claimed without evidence that it was Democrats, not Russia, who acted improperly during and after the election, and that the Russia probe was manufactured to undermine his presidency.

This isn’t the first time Trump has raised doubts about his own intelligence officials’ findings while speaking to a foreign leader. Last year, Trump brought up the "server" during a freewheeling press conference he had with Russian President Vladimir Putin after the two leaders held a bilateral summit in Helsinki.

"You have groups that are wondering why the FBI never took the server," Trump said. "Why was the FBI told to leave the office of the Democratic National Committee? I’ve been wondering that, I’ve been asking that for months and months, and I’ve been tweeting it out and calling it out on social media. Where is the server? I want to know where the server is and what is the server saying?"

SEE ALSO: The Trump administration just released the whistleblower complaint to Congress after a fierce tug-of-war 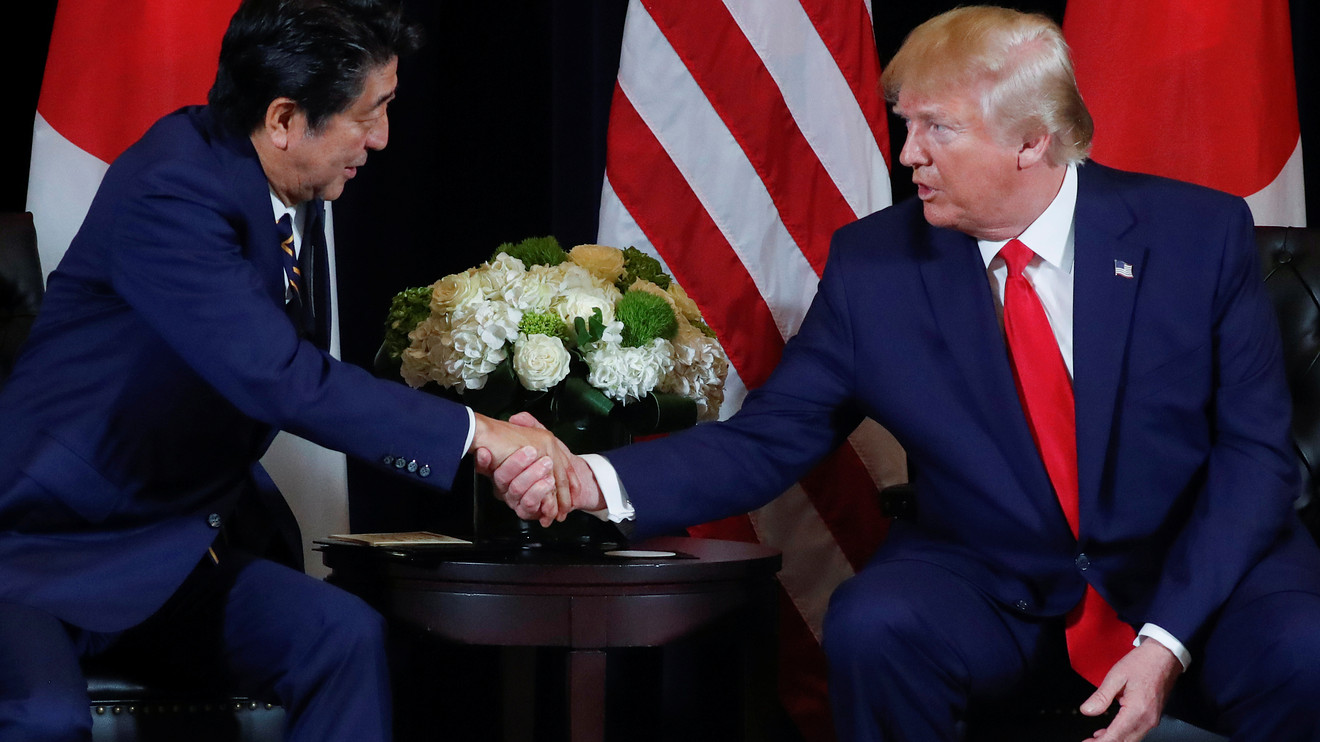